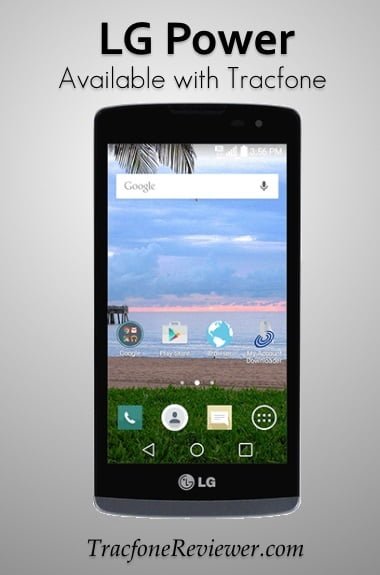 We will continue to share news and updates about the LG Power on this page and be sure to read the comments for more information from users. This review was created by .

The LG Power has just shown up for sale on eBay and brings some impressive new features for Tracfone users to enjoy. We will go over the features and specifications for the LG Power (L22C) and then share our thoughts on this device, as well as compare it with other options available for Tracfone.

For those who might not know, Tracfone is a wireless prepaid service provider that also offers devices to use with their inexpensive service. You can purchase both airtime, and a phone, through Tracfone. You can also Bring Your Own Phone to Tracfone (follow the link to learn more).

Tracfone has been adding more and more Android powered smartphones to use with their prepaid service over the last few years. Each new phone they release is usually a little better or newer than their other options (although this isn’t always the case).

The LG Power might be the best phone to come to Tracfone yet, at least it looks that way on paper!

With a 4.5″ screen, it shares some similarities with the current pick for Best Tracfone of 2015, the LG Ultimate 2, but it exceeds the Ultimate 2 by including a quad core processor and Android 5.0.

The LG Power (L22C) follows the LG Lucky (L16C) but has a larger screen, and better performance.

Let’s go ahead and get into the list of features and specs for the LG Power.

This device includes all of the typical features for Tracfone devices, like Voicemail, Caller ID, and no activation fees.

There are many desirable features listed for the LG Power, and the 8GB of internal storage, with a quad-core processor jump out as some of the top features. But let’s not forget that the Power also comes with the latest version of Android, which is Lolipop 5.0 at this time.

We are very impressed with this sleek and powerful device, but time to get into what we actually like, and dislike, about the LG L22C in our review.

We are going to cover the features we like about this new phone, and then share any negatives later on.
What we Like About the LG Power
There are many features to be excited about with the LG Power. We mentioned some of them above already, like the internal storage, processor and OS. We are also happy to see a 5 MP with autofocus, and a nice 4.5″ screen.

The LG Power comes with 1 GB of RAM and 8 GB of Internal Memory for storing apps, music, videos, pictures and anything else. Tracfone has notoriously released smartphones with very little internal storage, much to the frustration of customers. The LG Ultimate 2 changed that when it came along with 5GB of space, and now the LG Power has even more at 8GB. While this isn’t on par with top-of-the-line devices that have 16 or even 32GB of space, it is a welcomed feature. The Power also has a Micro SD card slot for up to 32GB of extra storage.

For those who want the latest and greatest, the L22C comes with Android 5.0.1, which is currently the latest version of Android. There are plenty of nice new features that Android Lolipop has over past versions, but in our experience, it isn’t that big of an upgrade over 4.4, and comes down to personal preference and appearance.

The 5MP camera with flash and autofocus is nothing fancy, but the phone would be lacking if it didn’t have it. We would like to see a better camera sometime in the near future, but this one gets the job done just fine.

Finally, the 4.5″ IPS touchscreen is a great size, and has slightly better DPI than the LG Ultimate 2. While everyone has their own screen size preference, 4.5″ is a nice middle of the road size that isn’t too bulky, but still allows for comfortable viewing of movies, pictures, and text.

The LG Power is a great looking phone, and we have found almost all of the features very satisfying. But let’s jump into a few things you should be aware of before buying this device.

LG Power Dislikes
There are a few small areas where this phone lacks, and we will highlight them here. The front facing VGA camera, locked to Verizon towers, and no Promo Codes.

This device is great overall, but if we were to try a find something to gripe about, it would be the front facing camera. It will work for a selfie, but don’t expect very good quality out of it. We would be more happy if it had closer to 2 MP, but that is really only available on more expensive phones

The LG Power is for use on CDMA service that Tracfone contracts through Verizon. So if you don’t have Verizon service in your area, or don’t have very good Verizon service, you are out of luck. We hope that Tracfone will release some Android devices for use with GSM networks sometime soon, but no word on when that will occur. Service on Verizon’s 3G network is good and adequte speeds for surfing the web on Data.

Lastly, Tracfone Promo Codes won’t work on smartphones for getting extra bonus minutes when adding a airtime card. While this is unfortunate, all Tracfone smartphones come with Triple Minutes for Life, and minutes are split into Text, Talk and Data which ends up being a pretty good deal.

Overall we are very excited about the LG Power and can’t help but think it is one of the best phones currently available with Tracfone (not including devices you can use with Tracfone BYOP).

We want to compare the Power to some of Tracfone’s other devices and see how it matches up.

Let’s get straight to it; the LG Power is on par or better than the LG Ultimate 2. It has better performance and memory than the Alcatel Onetouch Icon Pop, but the Alcatel has a larger screen.

The Power is bigger and better than the LG Optimus Fuel, Samsung Galaxy Stardust, and LG Lucky.

And the LG Power is light-years ahead of the Unimax Maxpatriot, ZTE Valet, Huawei Glory, Samsung Galaxy Centura and the rest of older Android devices from Tracfone.

View our Android Tracfone List where you can quickly compare all of the Smartphones available from Tracfone.

Should I upgrade from the Ultimate 2?
If you currently have the Ultimate 2, and are wondering if you should get the LG Power, we suggest you wait. The Power has a better processor, slightly better screen, a little more memory, and a newer version of Android, but otherwise the two devices are very similar.

Should I upgrade from the LG Optimus Fuel/Samsung Galaxy Stardust/LG Lucky etc.?
If you recently purchased a new Android like the LG Lucky or Samsung Galaxy Stardust, We would recommend you hold onto it if you like the size, otherwise look into buing the L22C. The Power features a screen size that is half to one inch larger than many of Tracfone’s older smartphones. It also has better processor, especially compared to phones form a year or more ago. Bottom line, if you aren’t having fun with your current phone, then look into upgrading to the LG Power.

Where to Buy the LG Power

The LG Power has been found initially on eBay. Tracfone consistently releases their phones through a variety of different sources. Sometimes they are found exclusively on the Tracfone website, other times they can only be found on other online retailers. We will update this as the Power is available through more sources.

View the LG Power with 1200 Minutes on eBay

View the LG Power on Amazon for $99

If you’re looking for a case, view some of these options on Amazon.

Conclusion and Additional Links and Information

As you can probably tell, the LG Power is a great new device available on Tracfone’s prepaid service. It shares a lot of similarities to the very popular LG Ultimate 2, but surpasses it in some areas.

You can learn more about this phone and see how it functions by viewing an interactive tutorial for the LG Power.

And see more stats and specifications for the LG Power (also known as the LG Leon) on GSM Arena.

Visit our recent post on How Minutes Work on Android Tracfone Smartphones if you don’t fully understand the three bucket system of talk/text/data.

If you have questions, or want to share your own thoughts about the LG Power, leave a comment below and also see what other readers are saying. 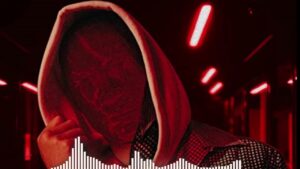